{Quality of a Date Night}

Dating can be both a lotta work and a lotta fun.
It doesn't matter if you're single and looking -- going on blind dates and first dates. (Ahh,
remember first kisses? ♥) Or if you're married and busier then you sometimes want to be
with kids, work and life.
David and I are somewhere in between. We don't have kids. So, that gives us built-in time
that a lot of couples don't have. But we've been together for over a decade now. So, it's very
easy to stay in, watch TV, drift into different rooms, and do our own activities. Sometimes
it's nice to be able to be near each other but not totally interact. It's comfortable and real.
But years together and that sense of being comfortable can start flirting with a roommate-
like relationship. (Enter jaws music.) Let's face it, there's not a lot of mystery left after
certain experiences have been had. You've seen each other naked from every imaginable
angle, both sexy and practical. And you've witnessed each other at your best, but also,
your worst. Sick, hot, messy, mad, sad, wrong, angry, weak.
It can be amazing because you know each other like no one else on the planet does, but
there's not much mystery to hide behind either. It's like you cross that line where you're
sitting on the couch next to your partner and you take off your bra -- only there's no longer
anything sexy about it. Your agenda isn't to seduce but rather to free yourself from your
underwire after a long day. Blah.
Dating can help "bring the sexy back". It creates a pause in your life. The pause is an
opportunity for you to notice each other and connect. And romance is just nice. It's gets
the heart beating, the blood racing and puts you on notice that you need to try a little bit.
David and I thought we were onto something when we set a resolution in 2010 to go on
at least one date a month. Obviously, a date a month isn't breaking any records, and
we were usually able to go on more than that. It felt good to have that goal as a couple
to create "us time", and we had some really nice dates.
But looking back over the year, I realized we didn't always focus on the quality of our date
nights very much. We'd do dinner, and often, it was at Pita Jungle because it was easy -- we
already knew we liked it, it was casual, and it didn't take much thought. A lot of those
nights, we were tired and we didn't embrace the pause our date was affording us. 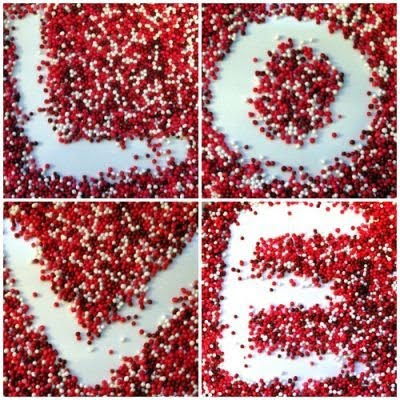 (Photo credit: Google Images)
So, as we were approaching 2011, I asked David if he'd be interested in making another,
possibly more meaningful, date resolution. The idea: We plan one date a month that's something fun, different and exciting. We alternate months so we're each only planning six dates a year. Totally doable!
Here's what I love about this plan.
* It gets both of us engaged in date night.
* We'll get to surprise each other six times a year with our date ideas.
* It's a push to try new things or fun things we haven't done in a long time.
* The excitement of doing new things together will likely encourage a deeper connection.
* Knowing that the other person put some effort into planning it, hopefully will motivate
each of us to be more present in the date itself.
I'm tellin' ya, this might be my best idea in recent history. I'm so excited about it!
Tonight will be our first specially planned date of 2011. ♥ We're going to a drive-in theater
for a double feature to see "No Strings Attached" and "The Fighter". Neither of us have
ever been to a drive-in before, and the weather is perfect for it in Phoenix right now.
I'm looking forward to snuggling in the car while we snack on a picnic and enjoy the
shows! I'm even hoping to kiss a little during intermission. ♥♥♥
Posted by Samara Link at Saturday, January 29, 2011

Email ThisBlogThis!Share to TwitterShare to FacebookShare to Pinterest
Labels: D and me, David, Love and Marriage, resolutions, Sam, thinking outloud

I hope you two have a wonderful time tonight! Date night is very important to us too! By the way, I love the new look of your blog!!! :)

OMG! I love this! Greg and I have also been together a long time...11 years. There is no mystery to anything anymore, especially with kidlets! We do make it a point to get out by ourselves at least once a month. Even if it's for breakfast or lunch...basically whatever our sitters allow us to do. We always said we wouldn't be those parents that formed their lives around their kids, but rather, pull our kids into our lives. They've been on the go with us since day one. It's not everyone's cup of tea, but I know when the kids fly the coop, Greg and I will be as solid as ever. Awesome job for making this a priority! Can't wait to hear about all your dates! And, this post has got me thinking of dates of my own!

Great idea, Sam. I hope you guys had a good night! I might have to get E to do this with me too!

What I can say is that the important thing is that you guys are aware of it and that you want to work on your dates quality. It is sooo good to read your ideas! I want to hear how the drive-in movies went!