"If you're on time, you're late. And if you're late, your fired."
Tom Fergus, Arizona State University, 2009.
That was Tom's big mantra. He drilled it into our heads during his videography class.
In television, that's true.
Fortunately, things aren't quite so rigid when it comes to my monthly goals. I follow
through with them, for the most part, and I feel like they've pushed me toward
accomplishing a lot in the last year and a half; but, sometimes I run low on motivation
or time. I might not accomplish the goal in full by the end of the month, but when my
goals go unmet, they still get me thinking, planning and eventually acting -- even if it
I don't do so "on time".
So, I think late really is better then never when it comes to following through with goals.
I set a July resolution to do "some crafting, if even a little", and then didn't manage to follow
through at all. I started to right that ship in early August thanks to a crafting date with
Bre. We had good time, got our creative fix, and managed to finish some things.
She made flowers ... 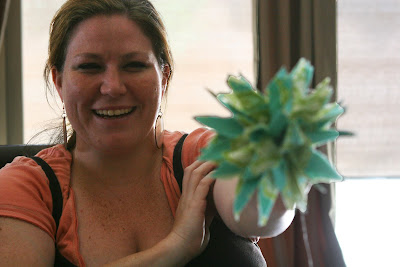 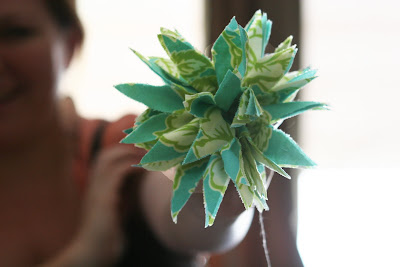 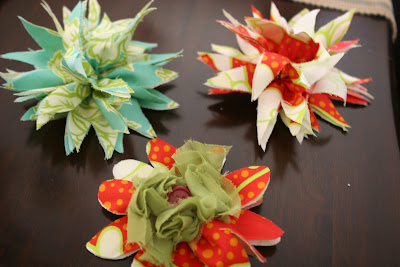 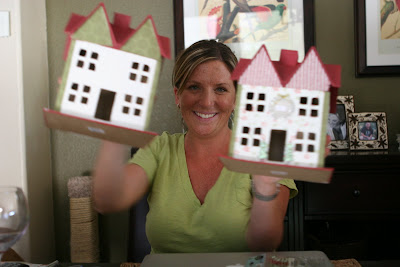 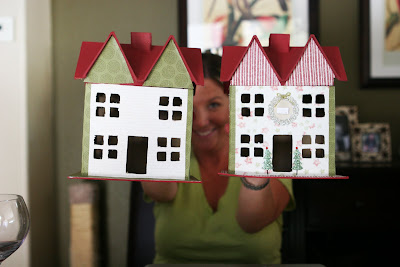 I still have some finishing touches to add, and in the end, they'll look a lot like this one.
I went to Michael's yesterday in search of tinsel and pom-pom ribbon, but they said
they wouldn't have that stuff in for another week or two. So, I'll look again soon. They're
ten minutes away from being finished, giftable pieces. One of these is going to my nephew,
Aidan, per his request! The other will be a Christmas gift.
Posted by Samara Link at Wednesday, August 04, 2010

Love the photos! Thanks again for inviting me over to craft! Can't wait for the next one.