My father-in-law took some great pictures
of David when they were golfing at Portstewart.
I was so excited that he gave me copies. It
was very thoughful of him to do! Thanks, dad!
(He also included a couple of really cute
pictures that I added to the Kinsale and Old
Head post -- one of Mary and me in front of
the B&B where we stayed and another of
David peaking over the edge of a cliff at Old
Head.) 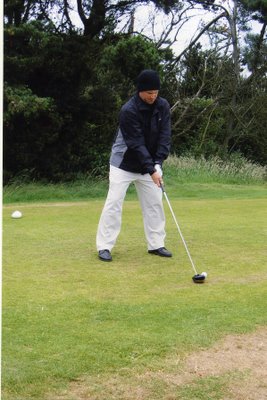 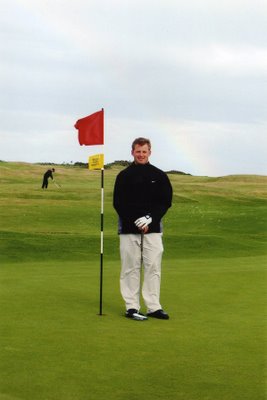 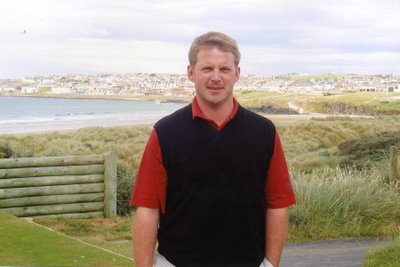 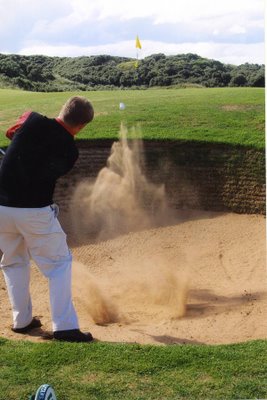 This is such an awesome picture! I am so impressed! 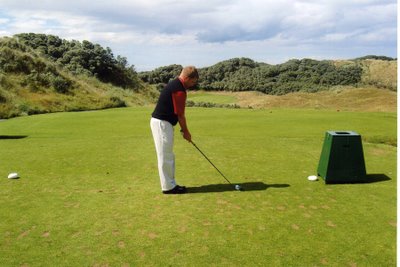 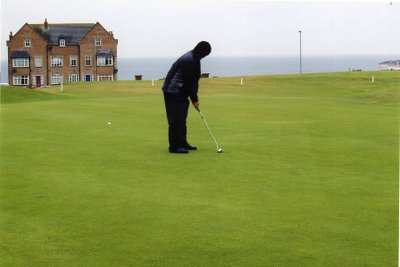 That concludes our weekend in Northern Ireland
and our time with dad and Mary. It was so nice
of them to make the trip here, and it was great
that they were able to come for such a good
block of time. They're busy people, and I know
it's a bit of a financial committment to get
flights here during the summer, tourist season.
So, it really meant a a great deal to both of us.
We had a lot of fun together, made some nice
memories, had good talks and laughs, and saw
some really neat sites. A great trip altogether!
Posted by Samara Link at Wednesday, August 02, 2006