On our way back to Lucan from Northern Ireland, we made a super quick pit
stop in Belfast. We parked, walked a few blocks to this restaurant Mary had
read about, ate, and then walked back. We had a schedule to keep so we could
get back to Lucan in time to watch the final match of the World Cup.
(Congratulations, Italy!!!)

Our time in Belfast really was fast, but it at least gave us a chance to take a peak
at the city I've been wanting to go to since we got here. I took a few shots to give
you a preview, too. I certainly plan on getting back there soon to see some of the
sites. Hopefully then I can offer you a closer look.

City hall...
Note the British flags. The Republic of Ireland (where we live) and Northern
Ireland are really two completely separate entities. Very interesting history,
if you aren't familiar with it. Obviously the government is different. But so is
the accent. They use miles instead of the Republic of Ireland's kilometers.
They use pounds sterling instead of the euro. 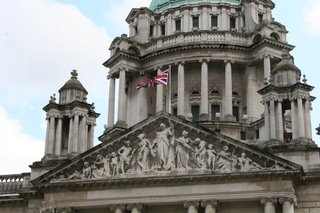 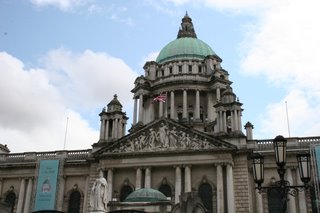 A street in downtown Belfast. 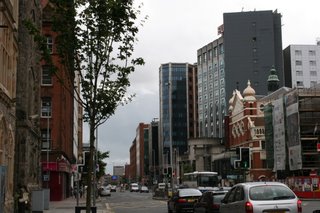 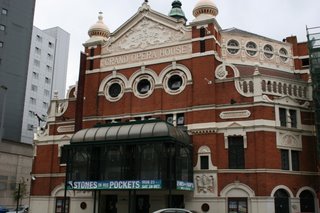 I Googled this building after we got home. It's story
is kind of interesting...According to a website, it was
opened to the public on Christmas 1895.

Designed by Frank Matcham, the doyen
of British theatrical architects, the Grand Opera
House was paraded in the local newspapers as
'... this perfect Eastern palace'.

Over the years, the theatre has played host to
a procession of great names...but them in 1949
the Theatre was sold for conversion into a cinema.
In its new role, however, it was not a success and
in 1972, at the height of "the Troubles", the
shutters were pulled down. Demolition looked a
certainty. But, in 1974, it became the first
building in Belfast to be listed as being of
historical and architectural importance and when,
in 1976, it was acquired by the Arts Council of
Northern Ireland, its future was finally assured.

After a massive restoration project, the Opera
House reopened in 1980 and almost immediately
began to act as a catalyst for the regeneration
of Belfast's city centre. Since then the stars
have shone upon its stage almost continuously
and it has welcomed some of the world's top
ballet and theatre companies. In 1991 and again
in 1993, the life of the Opera House almost
ended when it was badly damaged by bomb blasts.
But, like a great old trouper, it has risen
from the ashes once again and now finds itself
on the threshold of another exciting chapter
in its colourful history.

Their taxis are so cute! 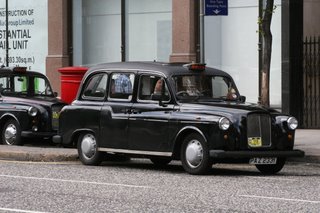 And this is the place we stopped for lunch. 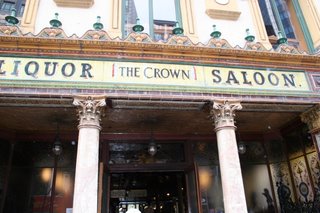 Take a look inside...
Some local beers. 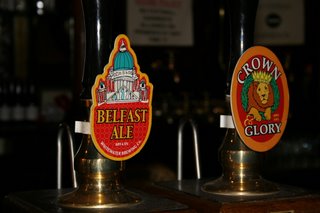 The tables were in these little coves. So, the bar
was open, but when you took a table to eat, you
had your own private room! 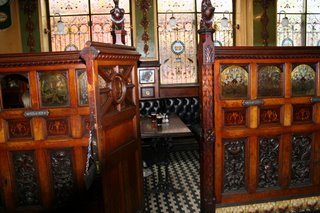 The detail in the glass on the windows around
the perimeter. 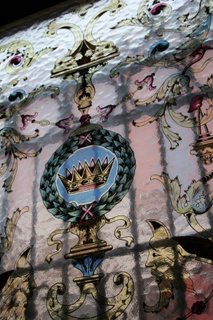 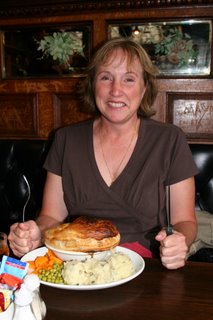