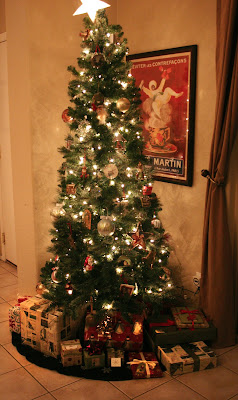 Every year I have dreams of "doing it all" during the
holidays. And every year, I fall super short of my
lofty expectations.

But I'll be damned, I actually got to most of it this
year. I surprised myself. :)

We had a fabulously festive December and fit in
a lot of fun things. It was a great month loaded
with memory making happiness. I wanted to focus
on people, traditions and the magic of the season
over busy work. I was fairly successful with that.
David and I did a lot of it as a couple, too, which
was special for me ... better then any gift he could
wrap in paper.

We started the month off with the Parade of
Lights in historic downtown Chandler. I'm so
glad we took the time to go -- what a fun night!
Santa was there, food tents hummed, music was played, wares were sold, and everyone seemed to be in the spirit. I left feeling a real sense of the holiday in my heart.
It was our first year going, and we both hope to go again. The parade was made up
of all kinds of community groups, and the floats were gorgeous. I loved the Grinch
and the decked out golf carts. The cherry on top of the parade was the tree lighting
of our town's one-of-a-kind Tumbleweed Christmas tree. It was my first time ever
to go to a tree lighting. I actually teared up ... silly, but Christmas excitement and
community togetherness made for a nice moment. 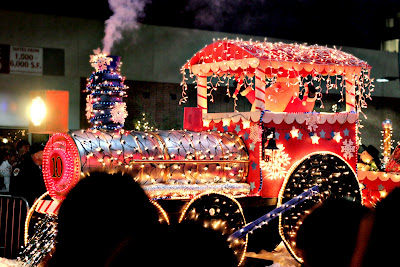 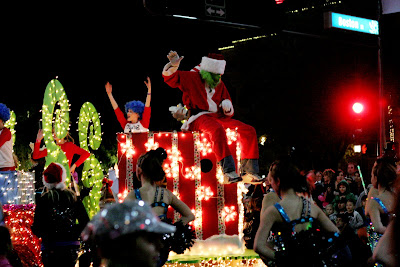 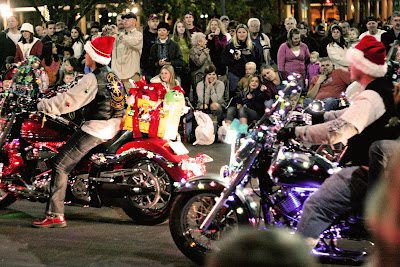 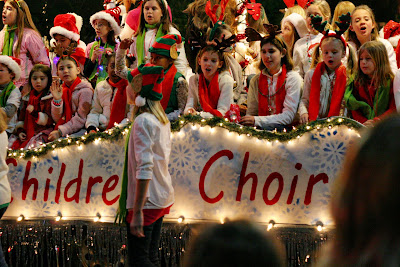 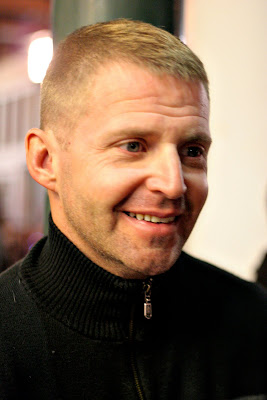 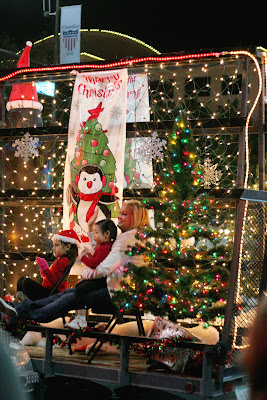 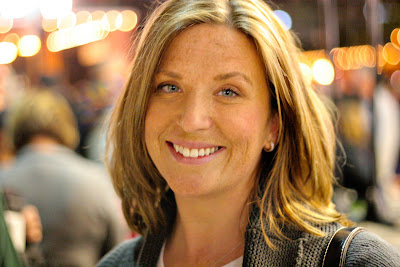 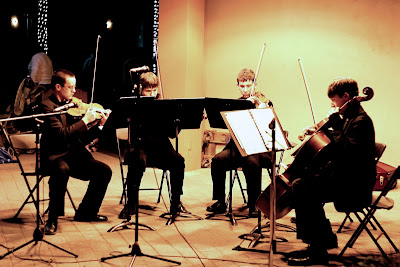 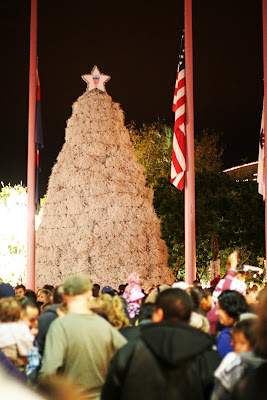 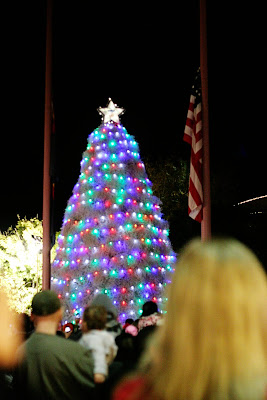 The following weekend, we got together with our friends Johnny and Debbie.
It's a tradition to see them every year at the holidays. Before meeting up for dinner,
I went to see their kids in a youth Christmas play. Their youngest, Olivia, was in it.
The older two, Adam and Sydney, worked back stage and on lights. It was awesome!
There was so much cuteness on that little community theater stage, and the story
was absolutely touching. (Sniff, sniff. What can I say? It's an emotional time of year!)
Afterwards, we ditched the kids :) and had dinner, with just the adults. It was great. 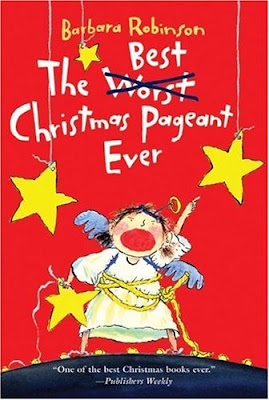 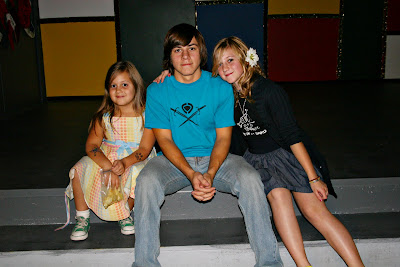 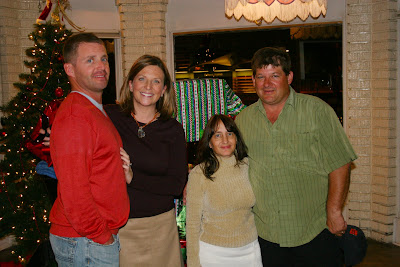 No holiday is perfect without a memorable mistake, right? David's thoughtful aunt
Marcia sent a package to the house for Sandy and Jim, who came in for the holiday.
I put it under the tree when it arrived. Little did I know the box contained homemade
Christmas cookies. The exterior packaging was no deterrent for the sharp nose of a
Labrador retriever. Killian sniffed out the goods, tore the package into shreds and
ate every morsel inside. He left us enough clues (see the photo below) to figure out
what happened. We nursed him through a night of having a sour belly, and he was
good as new the next day. 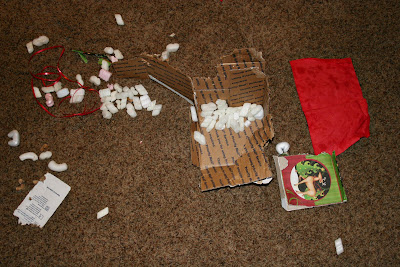 The Hendricks, had us over for a lovely holiday dinner, too. We had a great time chatting,
playing with Gavin-the-entertainer, eating a beautiful meal, and appreciating the wonderful
friendship we've made with them. Barb and I actually had a rare photo taken of the two of
us. (One of us is always behind the camera.) I love it, and we love them. :) 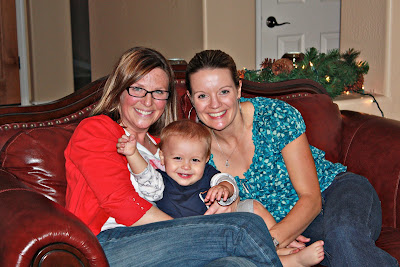 I have more photos to share from our merry December. I'll be back with more soon!
Posted by Samara Link at Thursday, January 06, 2011

Email ThisBlogThis!Share to TwitterShare to FacebookShare to Pinterest
Labels: Arizona, D and me, David, friends, holidays, our house, Sam, the Hendricks

Beautiful photographs! All the downtown activity certainly looks fun! (What lens did you use?)

The new banner is great, btw! So pretty!
Miss you!

So nice, I regret never doing something like that when I was there. It would have been fun to see the Christmas parade, lights etc. Oh well, I got snow on Christmas and it look so pretty. We spent a lot of time with the family. I will see if I can dig some pictures to post. Thank you for sharing Sam.

Favorite Photo = the one David took (I'm guessing) of you with the blurred lights in the background. Love it! I'm learning slowly :-)