{Meet the Press with Joe Arpaio}

Hello! It's been awhile. I have been doing everything but blogging. It's been a busy
month or two here, but I'm sure you're all feeling that way too. 'Tis the season!
I'm ready to get back into it though. I have a slew of posts planned for the next week
or two to get myself up to date. Hopefully there's still someone out there reading this
thing; I've noticed my lack of fresh content has meant a lot less readers. :)
Gotta go back a couple weeks to get caught up chronologically ...
*****************************
The Cronkite School at ASU hosts an event series called Must See Mondays. Each week
they feature a journalist -- sometimes local, sometimes not -- that comes out to talk about
their experiences. A meet the press event with the controversial Sheriff Joe Arpaio had a
lot of people talking in the community. People tend to absolutely love or wholeheartedly
hate Arpaio. His tactics have drawn national attention, and he's notorious for his love-hate
relationship with the press.
I took a few pictures just before the event started, in part, because there was such a great
turnout and so much chatter about this event in the days leading up to it. Also, I wanted to
show off the schools gorgeous First Amendment Forum. This is where I've been going to
school for the last year and a half since our program moved into downtown Phoenix. And
PCI (where David works) helped build this impressive place! 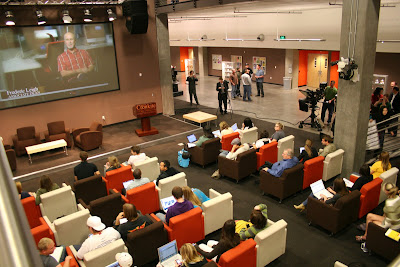 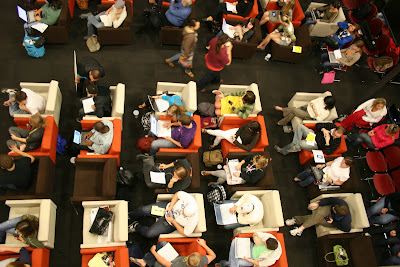 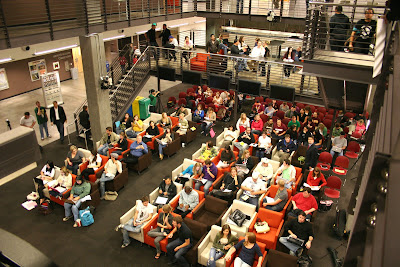 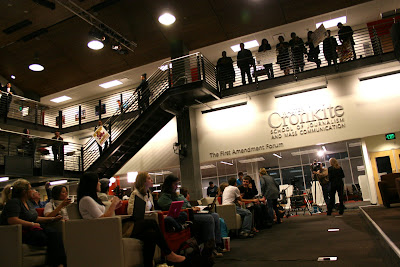 It was pretty cool to see the local news stations coming to us to get their top story for
the night! Channels 3 and 15 are over against that far wall there. Outside, our own
Heather Turner was covering the protesters who were there for and against Arpaio. 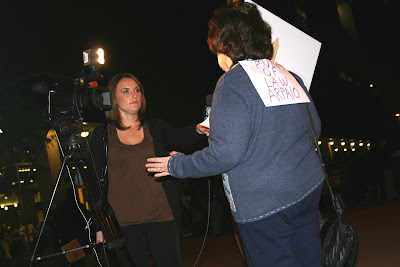 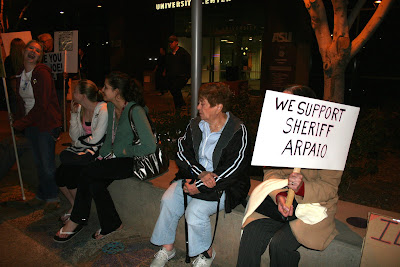 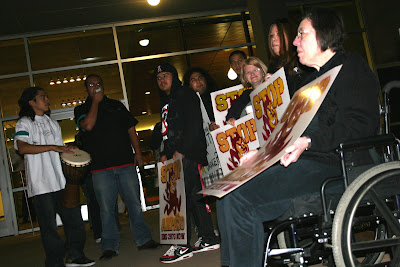 You can see the one hour conversation for yourself via ustream, if you'd like.
Posted by Samara Link at Wednesday, December 30, 2009

Yay! You're back ;) I have to know, did you get to see/speak with Brian Williams when he did the Nightly News from Phoenix? I've had a crush on him ever since I saw him on SNL...very funny. Congrats on the recent graduation! Happy New Year!

this is very cool! I love the set-up and chairs they have in that hall.

glad you're back with updates!

Very cool!!! Great pictures! Welcome back! Um, not that ive been a good blogger. Christmas always makes me NOT blog.

WOW! Very impressive building! I'm sure it was fun to go there for class. However, I think I might fall asleep in those comfy looking chairs. Love all the angles of the pics!
Is Arpaio the "tent city" guy? If so, we were just talking about him the other day. Funny. Think I might try and watch the hour long conversation.

Anyways, so nice to see an update. Hope to get to one myself. My mac and I are not on the same page these days. More later!

Glad to see you back in blogland.

Your blog keeps getting better and better! Your older articles are not as good as newer ones you have a lot more creativity and originality now keep it up!