Reporting is one of the coolest jobs ever. You get to meet all kinds
of people with interesting stories and different takes on life. And
you get to go places and learn things you'd miss out on otherwise.
I had a great time at a recent shoot (9/11). I was covering a
program called Best Buddies, and in doing so I got to meet some
terrific people at Higley High School.
Best Buddies is an international program where they pair
students who have disabilities with students who don't. The
idea is to create an opportunity for the pair of students to spend
time together -- one-on-one, in and outside of school -- to create
long lasting friendships. It's also a peer mentor program, allowing
the student with disabilities to further develop social skills and
expand their social network.
I got to know Brady and Houston -- two guys who were matched
up in Best Buddies last year and have since become friends. Their
story and the friendship they've built in the last year was inspiring.
Houston's parents came along to support him and document
what we were doing. I didn't know they were going to be there
until I arrived that morning. It worked out great because they
shared a few things with me that helped me understand the
story even better. It was really nice meeting both of them.
Julia, Houston's mom, sent me copies of the photos she took: 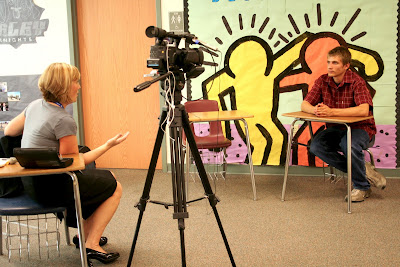 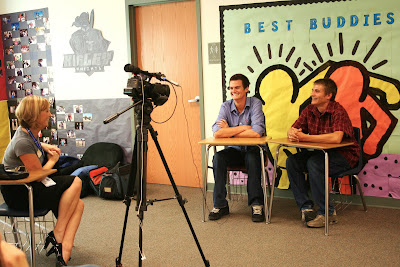 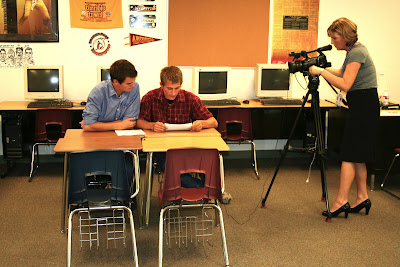 Getting b-roll footage of them studying together 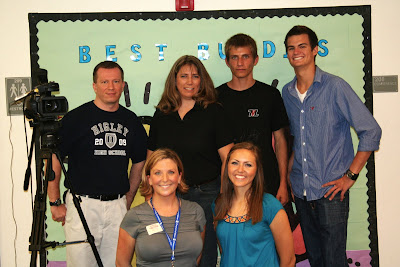 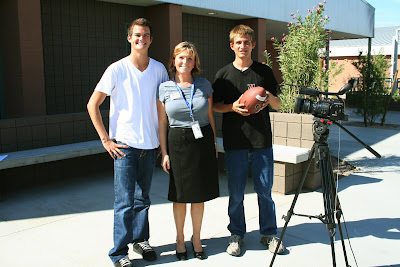 Brady, Houston and me after getting some shots outside. 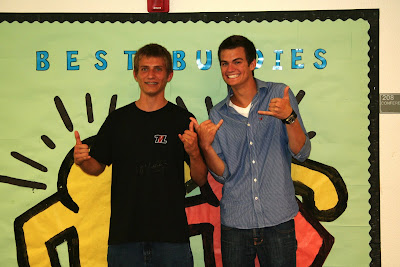 I will post the story soon -- hopefully sometime in the next
week!
Posted by Samara Link at Saturday, September 19, 2009

AWWW! Thats so nice! And dont you look alllll shnazzzed out in your little reporter outfit!!!! Great story! I cant wait to see the finished product!!!

What a great program!! And so cool you got to shoot it! BTW, you look fantastic!!! Love the hair cut! (first time seeing it from the back.)
:o)