David and Jason are running the Seattle Marathon tomorrow! 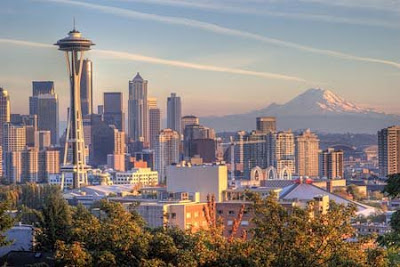 This is D's first full marathon. I am so proud of him. (It's J's
second -- his first was with Barb in DC). It's awesome that he's
been so dedicated with his training in the last sixteen weeks,
and it's paid off. He's totally ready for it. Of course, the running
he did in all of 2008 and into 2009 helped, too.
I'm feeling a bit guilty for not going to cheer them on and show
my support. But I got D a couple little goodies before he left just
to encourage him along.
For Father's Day, (which I celebrate even though he's a dog and
cat dad!) we got him the book, Born to Run. I read a review of it
in The Week and thought it would make for great pre and post
marathon reading. 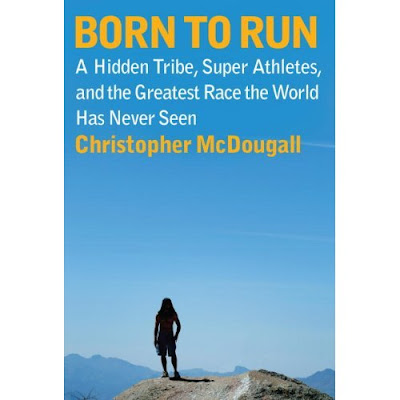 Here's the review (in case you're interested):
"The most mundane lesson you’ll take from Christopher
McDougall’s new book is that running barefoot is far
better for the body than running in padded shoes, said
Abe Streep in Outside. But when McDougall tracks down
the elusive Tarahumara Indians of Mexico’s Copper
Canyon, he offers a compelling glimpse into the possibly
crucial role of long-distance running in human develop-
ment. His climactic account of a 50-mile footrace “reads
like a sprint”; the whole book 'simply makes you want
to run.'"
I also had two shirts printed for him. He took them to
Seattle though. Maybe I'll post photos of them another
time. Anyway, they turned out great.
Good luck boys! Even though Barb and I are in Phoenix,
we're still cheering you on!!
Posted by Samara Link at Friday, June 26, 2009

That book will be awesome! I haven't read it, but my husband has read a lot about this tribe on the Internet. Very interesting! Good Luck David!

you should have come visit. :)