I love to putz when I have time. Right now I do as I'm on break
from school through July 6th. So...
It was really fun to get ready for Barb's baby shower. Lots of
details that were fabulous to fret over. I hosted it on Saturday
(6/27) but did prep stuff in the days before. 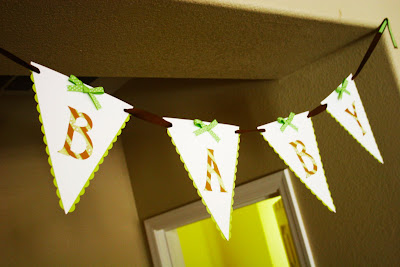 This baby banner was made to match the invitations and the
colors of her baby's room. Inexpensive paper decorations --
not made in China. :) It also made for a great giveaway to the
mom-to-be. Barb emailed me right after the shower to say
she already put it up, awaiting their little ones arrival. (That
was kind of a cool note to get.)
I got to use this area in our kitchen for the drink station and
buffet. Just as it was intended. It was so fun to set up... 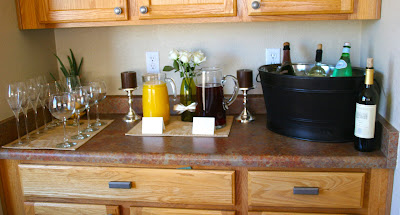 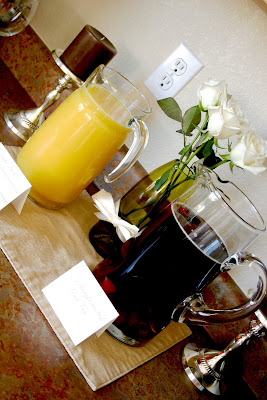 The bow on the vase was a little touch but it really worked
since it matched the flowers and was right at the water line.
I put place cards in front of items to ID what was inside. 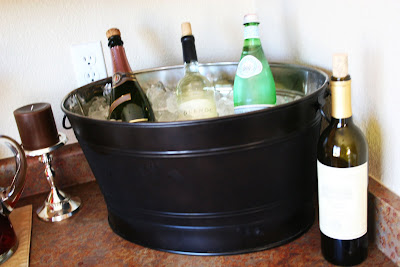 This tub from Target = Great purchase!
(Side note -- as the ice melted and the tub built up condensa-
tion, it created a lot of moisture on the counter. Not sure if it
was leaking or sweating.)
My friend, Jen Jones, was the mastermind behind it. I asked
her for her thoughts. She's so good with food, decorating and
entertaining -- with foodie ideas on hand for every occassion.
She said the tub is simple to put out but it looks like you and
did something to get ready for company. I agree. It totally
worked -- gave me height to work with, and it kept cold things
cold while they were out.
Onto flowers...
I wanted white peonies. (Those flowers make me so happy.)
But I didn't have time to drive into Tempe to the florist. So,
I went with white roses from the grocery store. I split all the
flowers that I got for $8.99 into four vases, making them look
like more than they were. 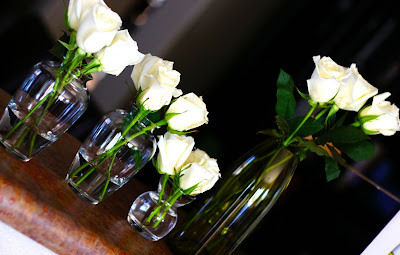 Put one in the living room.
One at the drink station.
One at the buffet.
And one in the bathroom.
Then the extra leaves and stems went into the compost bin.
I love that! 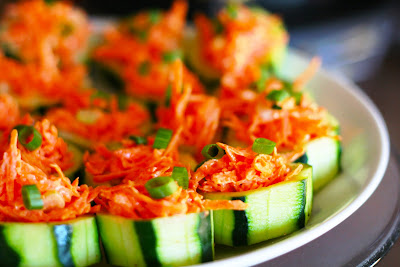 From the Jan/Feb '08 issue of Everyday Food Magazine.
I quadrupled the veggies and then kept the sour cream and
vinegar about the same. So, I'll give you the version I made... 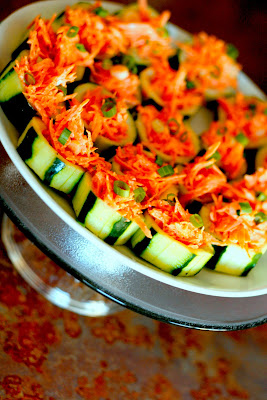 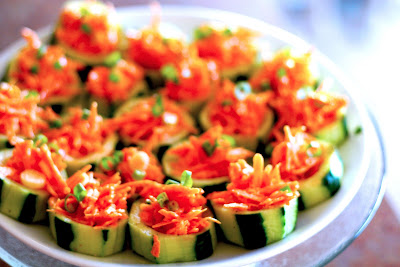 Next ... Tea Sandwiches
It's no secret how to make these, but this was my first time!
Another idea prompted by Jen. We planned three types but
I ended up making two:
One -- Long grain bread, thin slice of oven roasted turkey
breast, light layer of whipped cream cheese, a basil leaf.
All crusts removed, cut into triangles.
Two -- Pumpernickel bread, cream cheese lightly seasoned
with fresh squeezed lemon, smoked Atlantic Salmon, fresh dill.
Side crusts removed, cut into strips. 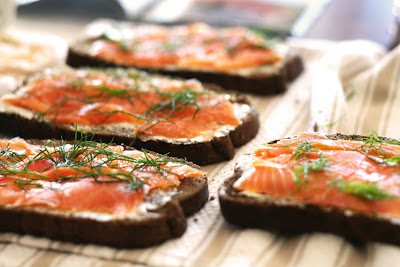 Making a non-alcoholic drink a little bit special
Three of our 9 guests were pregnant. I wanted to make them
something fun to drink that wasn't loaded with sugar. So, I
settled on decaf iced tea with special ice cubes that included
just squeezed lemon juice and fresh raspberries. 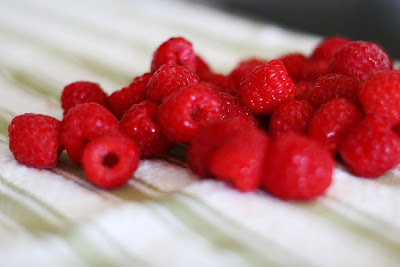 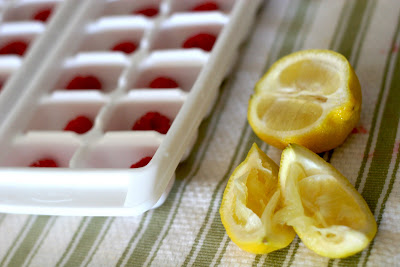 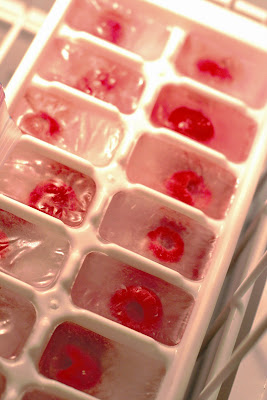 does your adorableness know no bounds? what a sweet party you threw for your lucky friend! all touches done perfectly and thoughtfully! I gotta figure out a way to get myself invited to one of your parties, lol!