GOOD LORD am I behind on blogging!!
Thanks to those of you who are still faithfully checking
LinkAdventure for updates. This is such a nice way to
keep in touch, and I want to keep it going.

I just got so behind while we were in the hotel that
catching up seems a monumental task to tackle.
(Say that ten times fast -- task to tackle, task to tackle...)
I am determined though; So, it's with a new sense of
blogging vigor that I'm posting today! That means, with
any luck, there will soon be more to follow. Today, I'll
keep the commentary short.

We had a chance to go to the airshow in October.
Jerry and Victoria Pennington hosted a big group of us,
which was such a huge treat and incredibly nice of them.
We all got front row seats, and I mean FRONT ROW,
to see the Blue Angels. It was awesome! We got some
fun pictures that I really wanted to share.

Let me introduce you to some of our peeps around
the valley - you know I can't resist people pics. 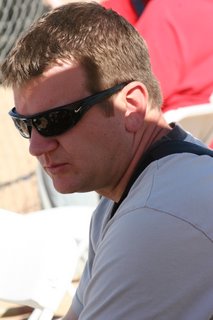 This is Mark from PCI. He came to Arizona
to work out at Intel when we moved to Ireland.
He's back in Portland, Oregon now. We got to hang
out with him a few times before he left.
Mark arranged the Oregon State game we all
went to in the previous post. 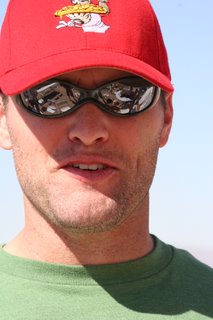 Meet Brian Moroney. Great guy. Tons of fun.
Also an Oregon boy who is in Phoenix for Intel. 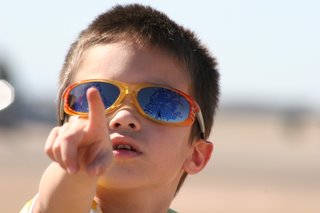 This super cute little boy is the son of one of the
guys who works for Jerry. 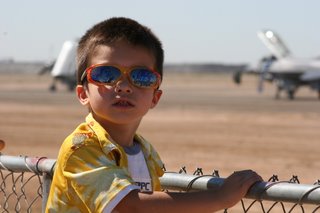 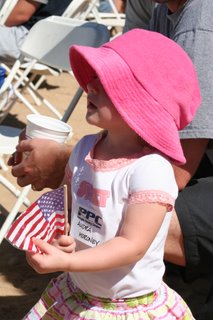 Audra Moroney -- Brian's niece.
Cutie pie. Her mom always has her in the
cutest little outfits. 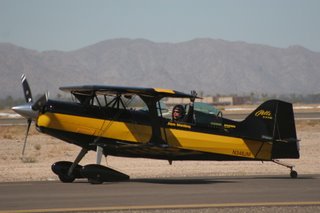 Here's a sneak preview of the plane shots ahead... 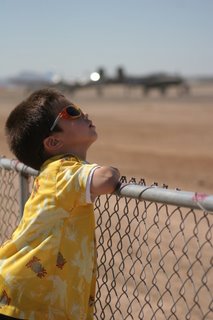 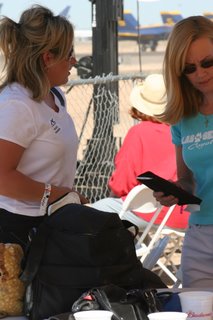 That's Victoria on the left.
She and her husband own a paint company
that has done a lot of work with PCI, which is
how we know them. They're such nice people! 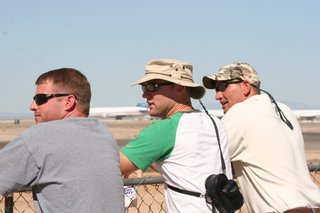 From the left, we have David, of course,
and then Nathan Moroney and Jerry.

And now, let's get some air...
You'll notice how close they fly to each other.
It's amazing to watch and listen to! Speed and power!
I'm so glad we got to do this. Very, very cool.
Thanks again, Jerry and Victoria!

p.s. Make sure you see the last photo --
that was an amazing trick. A plane flew right up
Nathan's nose! Incredible. 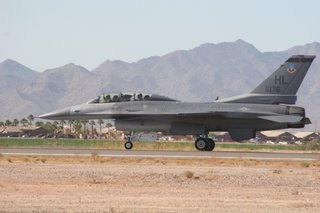 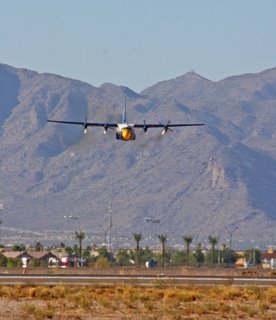 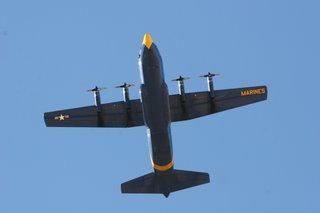 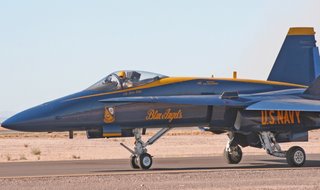 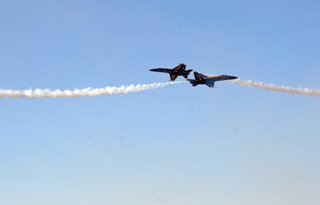 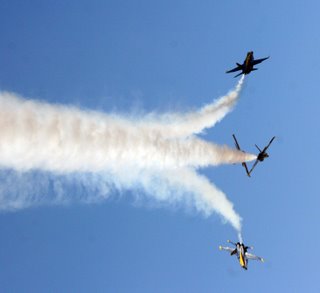 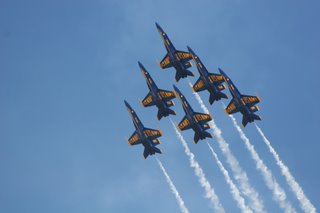 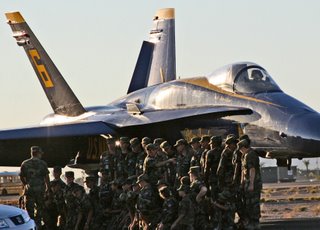 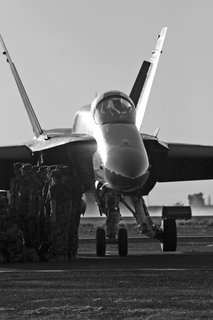 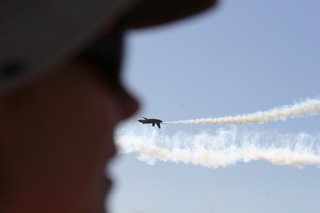