Sweet Jesus, I am a happy girl! The problems that've been riddling
my blog for the past couple of weeks finally seem to be --- I don't
even want to jinx myself by saying it. But as of ten minutes ago,
you could read all the posts below. When originally added,
while the pictures were fine, the text was too tiny to read. I have
racked my brain trying to fix it, and it finally took. Now, I just
hope it sticks!! The fonts are still a little messed up, but at least
it's legible. I want to tweak it and get it all corrected, but I'm
afraid I'll just end up back where I started. Let's just call it good!

Now, if the stars continue to stay aligned, I can finish the few posts
remaining from our visit with Art and Mary.

After our weekend in southern Ireland, we came back to Dublin
for a bit and hit the Jameson Distillery. I actually thought it was
better than the Guinness tour. So, if you're ever in town...

We learned some interesting things about the distilling process
and the company. I'll save you the bulk of the details and just
share the pictures. 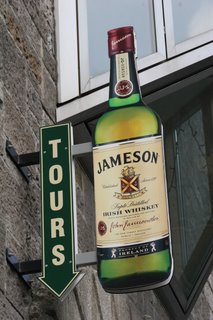 The Jameson family produced Irish Whiskey in Dublin
from 1780-1971, and the family did a great deal to be
fair employers who looked after their employees with
good wages and working conditions. They eventually
moved their distillery to Middleton in County Cork, where
it remains today. So, the tour takes you through the old
distillery which has been set up to show you what parts of
it were like when they actually produced Jameson there. 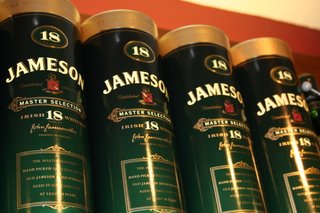 Just a shot from the gift shop. 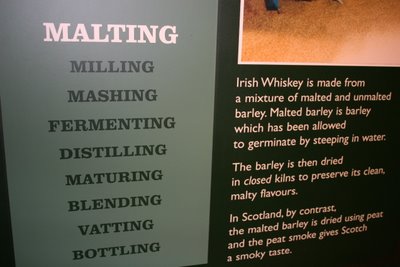 This shows the nine step production process and talks about
the first step in that process. Malting. It also explains how that
particular process is what defines the taste of Scotch and Irish
Whiskey. 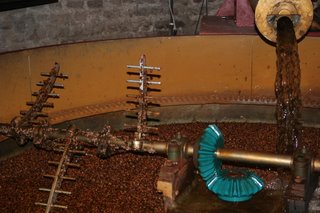 This is the third stage...mashing. It's a churning
of barley and water. Once the mashing process is
over, they recycle the seeds by drying them out
and selling them to farmers as cow feed. What's left
is the sugary water called wort, which is drawn off
and pumped into washbacks where yeast is added for
a period of about two and a half days. This allows the
sugars in the wort to convert into alcohol. The liquid,
now called wash, contains about 8% alcohol and is now
ready to be distilled. 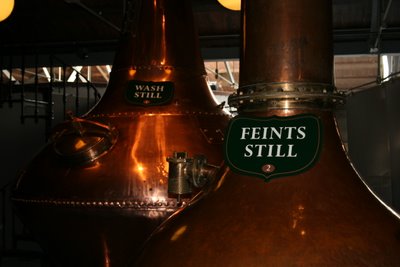 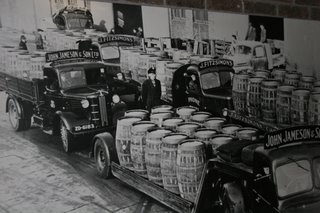 A picture of a picture...Showing them getting ready
to distribute barrels of goodness!!

Oh, this is interesting...There is a regulation in American
Distilleries that they can only age whiskey in new and
unused barrels. Jack Daniels, currently the biggest whiskey
seller in the states, ages their whiskey in these new barrels
for one year. Then, Jameson buys those barrels from JD
and uses them to age their whiskey for many more years.
Seven, I think? Anyway, Jameson only uses used barrels,
and so they get a smoother tasting whiskey. Pretty cool, huh? 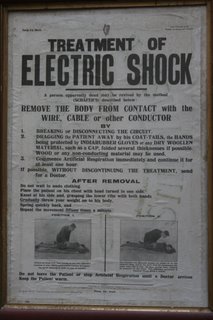 This is an old safety poster that hung
in the old distillery.

After the tour, while everyone got a drink of Jameson, Art
and Mary had 'official taster' duty. They sat at a table for our
viewing pleasure and compared the three Irish Whiskeys that
Jameson makes to the best sellers of Scottish and American
whiskey. Both of them liked the Irish Whiskeys best! Anyway,
they were cute, and it was fun to learn why Irish Whiskey is
so much more smooth comparatively. I like it with diet 7-Up,
but the proper way to drink it is up with a couple drops of water
which serves to release the flavors. 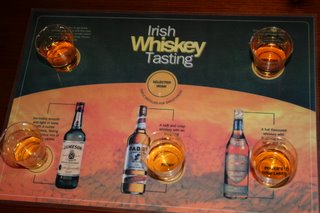 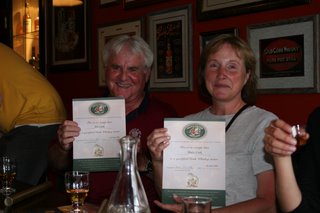 Art and Mary with their certificates now that they are
official whiskey tasters. 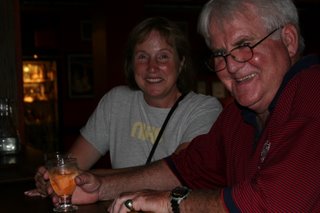