Homeless children -- two words that should never be said together.
But it's a reality for more kids than you'd want to believe. "One in 50 children is
homeless in the United States every year," according to a report by the National
Center of Homelessness from data they collected in 2005-2006. No doubt, those
numbers have risen as the economy has declined over the past couple years right
along with foreclosures and unemployment.
It's hard to pin down actual numbers on the Internet. Estimates range from 500,000
to two million kids that are homeless in the U.S. at some point each year. Either way,
that's too many, especially for a developed and relatively wealthy country like ours.
Children are our future, but an entire generation of homeless children have an
uncertain path ahead of them. Their life is without so many of the things the rest
of us take for granted including shoes, food, hope, mentors, quality education, a
bed to call their own, and proper health care.
Texas, Georgia, Arkansas, New Mexico and Louisiana fair the worst when it comes
to the number of kids that are homeless within their borders. But it's also a real
problem right here in Arizona where in 2009, the number of homeless children
surpassed 25,000 -- up 18% from the previous year.
Some of those kids are getting help -- and hope -- thanks to Children First Academy.
It's the largest school for homeless children in the nation, serving mostly homeless
kids along with others that are at-risk and in transition.
I had an amazing opportunity to meet the graduating 8th grade class from the Phoenix
campus recently. The school doesn't have the money to do annual or individual pictures
there, but these kids were about to graduate from middle school -- a big deal -- and they
wanted to document this time with their friends before they all moved on.
Click on each photo to enlarge for a better view ... 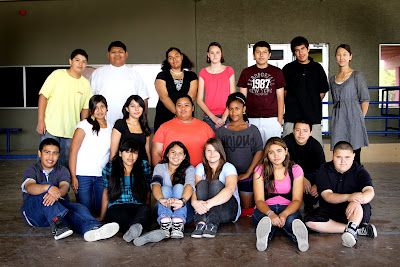 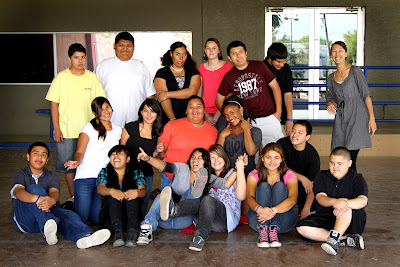 They were so excited, appreciative and sweet. My heart broke a little while I was there,
looking into their eyes. I couldn't help but want to do more.
At the school ...
There's a food pantry with donated items in case the kids are going hungry.
There's a laundry room so they can do their own laundry between classes.
There's a clothing room where they're allowed to find items to wear as needed.
Seriously?
I was simultaneously glad and sad to hear of such provisions.
Aren't you?
If you'd like to help out at Children First Academy, I can assure you they won't turn you
away. They'll take anything you can offer -- one hour, one dollar or one smile. They will
happily take donations of time, school supplies, food, clothes, or money. For Phoenix, call
602.461.3200. For Tempe, email Pam O'Connor at pamo@edkey.org or call 480.557.6211.
Together, we can make a difference for this population of our human family that needs
it most. You might only offer a little, but to one child, it can mean the world.
Posted by Samara Link at Sunday, June 05, 2011

Email ThisBlogThis!Share to TwitterShare to FacebookShare to Pinterest
Labels: Arizona, making a difference, photoshoots done for others, thinking outloud

This is so incredibly sad. As awful as it is, I am thankful a place like this does exist. Thank you for posting info on this. So glad you could take pictures for them. I bet they were so excited and felt so privileged.

Samara...This is a huge problem thanks for sharing it with people. I have a friend who started a foundation to raise money for the homeless children in Phx. They have bike rides, they raise money to feed homeless families at Thanksgiving. I saw on Facebook tonight they are having a Teddy Bear Bunko at the Sheraton that is raising money for homeless children. They are in Phoenix if anyone wants to help. Just contact them at http://www.therealgift.org/home.html
Thanks for sharing!