Stories of invention, personal dedication, industry, and adventure litter American
history. I stopped to learn about one of them while we were at Tombstone, Arizona
in late December.
Tombstone became a town in the late 1800's when silver was discovered there. People
migrated to the dry, hot west in hopes of exchanging hard work for a small fortune. It
quickly became the biggest city from San Diego to St. Louis. When conditions changed
and they couldn't get anymore silver out of the mines, people deserted the town of
Tombstone. Arizonians have preserved it's "old west" nature and made it a tourist
attraction. Some big names in Tombstone's history left their mark. One of them was
John Clum.
Clum saw an opportunity to start a daily newspaper in Tombstone when people rushed
there to live and mine. He packed up his experiences -- recording weather patterns in
New Mexico, working as an agent of U.S. Indian Reservation under President Grant's
Peace Policy and making a weekly-turned-daily newspaper in Tucson, Arizona -- and
moved to Tombstone. He named the paper The Tombstone Epitaph because no
tombstone should be without one. He published the first edition on May 1, 1880.
The town of Tombstone was deeply divided between Democrats and Republicans. Another
local paper, The Nugget, and the "cow-boys" sided with the Dems. Clum an The Epitaph
aligned with Republicans. Divisions turned violent in the fall of 1881. They exploded in
the now famous shootout at the O.K. Corral that pitted the Earp brothers and Doc
Holliday against the Clanton and McLaury brothers. The "cow-boys" made an
assassination attempt on Clum the following December, but Clum survived.
Here are some photos of the press machines Clum used to create The Epitaph: 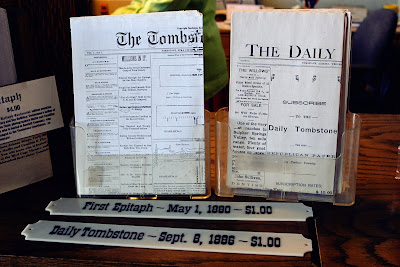 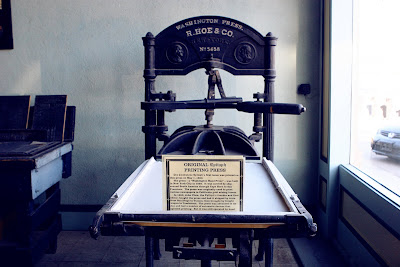 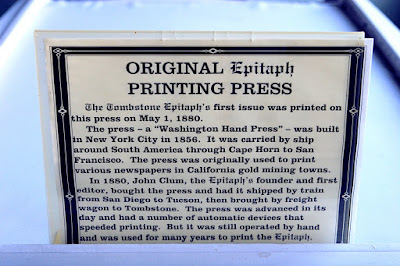 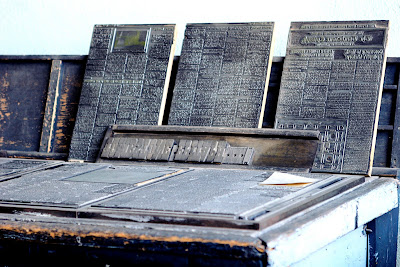 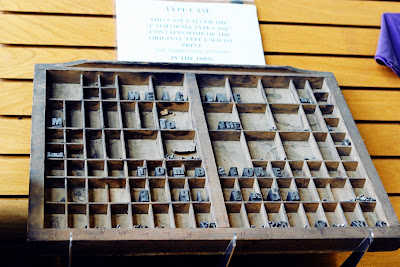 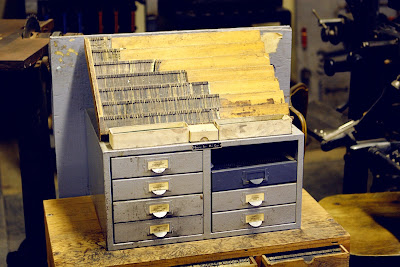 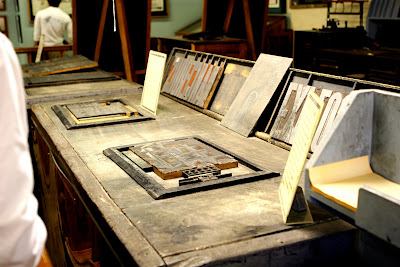 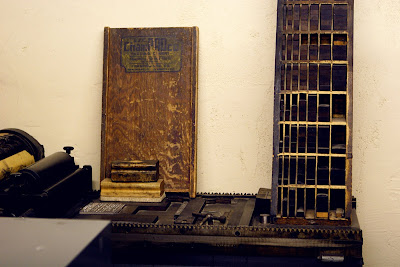 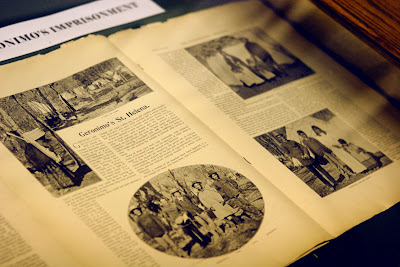 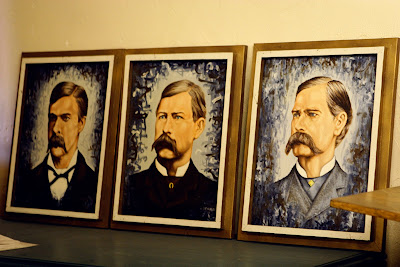 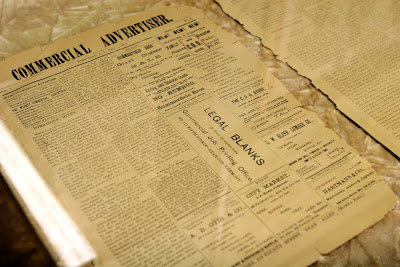 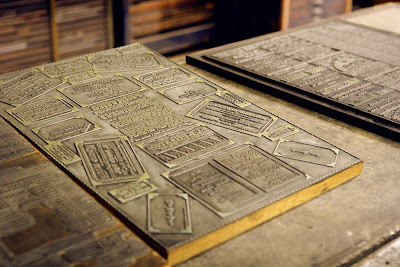 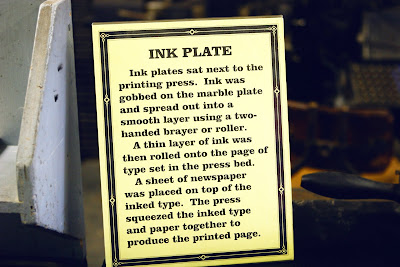 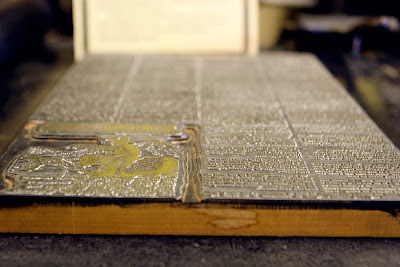 Clum decided his life and the safety of his family came first. They packed up and fled from
Tombstone. He found employment with the United States Post Office, a job that
eventually took him to Alaska where he created a postal network to service all the
people who rushed there for gold.
My quick glimpse into John Clum's story left me with the impression that he had figured
out some important things in life. He wasn't afraid to let one chapter lead to another; he
took a leap when opportunity presented itself; he reinvented his career many times over;
and he found ways to make an impact or fill a need in distinctly different cultures.
Posted by Samara Link at Sunday, January 23, 2011

Nice trip full of interesting facts. I do question how Clumb went from hot AZ to freezing Alaska though! imagine on those years? Wow!
Thanks for sharing!!

This post is fantastic! I love all the interesting history and the pictures are great!
One thing I find interesting is the cost of the paper. A dollar. Today the paper, I believe is $1.25/1.50. It was either expensive back then or super cheap today. Of course I don't know the cost of printing a paper but I find the lack of change in cost interesting.
:o)

ps,
I learned a new words too; epitaph. Never knew what it meant until I looked it up. And I LOVE Clum's reason for using it as the paper's name. Cool!