{End Animal Testing -- YOU CAN HELP!} 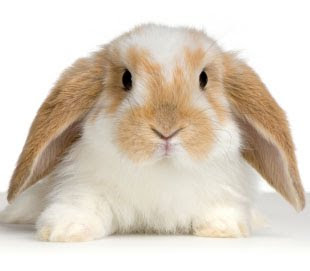 This is one of those topics -- I know it's hard to think about. It's really difficult to hear the
details because no normal human being wants to hear about animals being tortured. Either
you're ready and willing to learn about it, or you're not. Maybe you're even totally informed
already. In which case, rock on! And if you think I'm preaching something you could care less
about, then feel free to come back on another day for a lighter topic. (There's plenty of those!)
But I did want to share a few thoughts on animal testing and what I learned in my latest effort
to get informed, for those of you who are interested.
********************************
"I have always felt the way we treat animals is a pretty good indicator of the compassion
we are capable of for the human race." ~ Ali McGraw
"It wasn't fair when we did it to blacks, gypsies and orphans. And it's not right when we
do it to animals." ~Unknown
********************************
It doesn't take more than a few clicks online to become horrified at the things done to
animals in labs across the country. It might be easier to say, "I'd rather not know the
details" or "It's too hard to watch that video". I'll give it to ya. Learning the details
about animal testing can be heart wrenching.
But the decision to remain uninformed about animal testing, also called vivisection, gives
companies and labs that do such testing a free pass to torture, maim and kill defenseless
creatures unnecessarily. Such blind consumerism is what funds their work.
You can make a difference. You can take a stand.
And it's easy to do because the research has already been done for you. You just have to
decide, if you haven't already, to open your eyes and read it. Then, let what you've learned
guide the way you shop, similar to what you might already do based on food nutrition labels
or a desire to buy local.
I was mortified to learn, for example, that some companies pump toothpaste, ink, lipstick,
or oven cleaner into the bellies of defenseless, little rabbits to see how much it will take to
kill them. These bunnies die from poisoning and their stomachs bursting. (source) I don't
need to use a product from a company who is willing to do that. Who does? 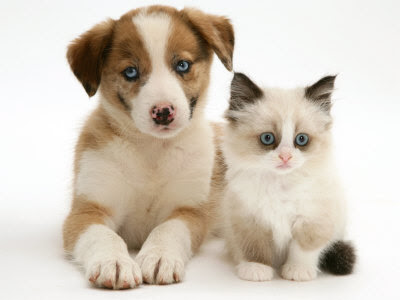 * As many as 115 million animals are experimented on and killed in laboratories in the
U.S.
every year. (source) This includes cats (source) and dogs (source -- if you buy Iams, please
watch this!!!). It's difficult to get an
accurate count
because federal law does not require all
animals -- including mice, rats
and
cold blooded
animals -- to be counted. (source)
* There is no law saying makeup, household products or office supplies have to be tested
on animals. (source) Yet, these companies do it to protect themselves, with disregard for
the lives of these precious creatures and the pain they feel.
* Less than two-percent of human illnesses are ever seen in animals. Because
humans and
animals have such different biology, results from medical related tests done on animals
are
often inconclusive.
(source)
* These poor things have miserable lives -- never seeing the outdoors or breathing fresh air,
spending day after day in metal cages, being tested on and cut open without pain relief.
(source) It's
appalling on every single level.
* One of the most common forms of animal testing is the Draize Test in which eyelids of
living, awake rabbits are help open with clamps while a test substance is put on or injected
into their eyes. The substance might be cosmetics, baking soda, bleach, or insecticide. (I
know my eyes get bothered by dust and eyelashes. I can't imagine what this would be
like.) The animals are then watched for their reactions, the likes of which, you can just
imagine. Of course, the animals are restrained during the process, unable to defend
themselves against agonizing torture. A similar test is where they shave an animal and
get the skin good and raw with an adhesive and then they rub test substances on their
skin to see what kind of reactions occur. The animals are then disguarded like garbage.
(source)
Our society has advanced and grown in so many arenas. To me, it's just an outrage that this
is still an acceptable form of business and development. I like to think we're better, kinder,
smarter, and less short sighted then that as a culture and a species.
I watched quite a few videos about animal testing, trying to really open my eyes to the issue.
I only
chose one to share here today. I think it's the least sensationalist and the most
informative.
I know it's tough to watch, and if you're like me, some of these images will stay
in your head
for awhile. But they will go away. You'll be left with the information though, and
the know
ledge you gain will allow you to make more informed choices. Choices that can
p
rotect animals from
testing.

So, I'm making the choice to get more informed about what companies do animal testing and
what ones don't. (Once you know what you
know, how can you not?) I want to make different
choices about the products I buy and use.
I
want to support companies that do not practice
animal testing and keep my business from
companies who do.
Right now, I'm going through the things in my home and cross checking them with lists
,
trying to learn what I will keep buying and what I will replace with products that are
animal cruelty-free. It's been a worthwhile journey so far, and I already feel like
I'm
making a
difference! I'll share my findings soon, for those of you who are interested.
Thank you for
listening today. This is an especially important topic to me. I hope you read
something in
here that got you thinking or re-inspired!
********************************
A FEW RESOURCES:
List of products tested on animals: Here
List of companies that DO NOT test on animals: Here, here (this one is all makeup)
Charities that fund animal testing: Here
Charities that have been given the humane charity seal of approval: Here
Links that explain what you need to know about animal testing: Here, here and here
Finally, here are some great quotes about animal welfare that'll make you think!
"Every year tens of thousands of animals suffer and die in laboratory tests of cosmetics
and household products, despite the fact that the test results do help prevent or treat
accidental or purposeful misuse of the products. Please join me in using your voice for
those whose cries are forever sealed behind the laboratory doors." ~Woody Harrelson
* NOTE: The two photos above are from Google Images.
Posted by Samara Link at Thursday, June 03, 2010

Wow. Did you say 115 MILLION ANIMALS a year??? That is absolutely outrageous and disgusting. I couldn't watch the video here at work but will later. I am appalled by animal testing and will make sure to eliminate any products that do it. Printing the list you linked, thanks!!

Thank you for the links. I will definitely do my part to keep my dollars away from companies that test on animals. I know it's chicken of me, but I couldn't watch the video. Thank you for doing a lot of legwork on this subject and posting it on your blog!

Thanks for the information I´ve send the info to all my contacts. :) grate job.


Thanks for sharing an article like this. The information which you have provided is better than another blog.
kangaroo motion sensors review